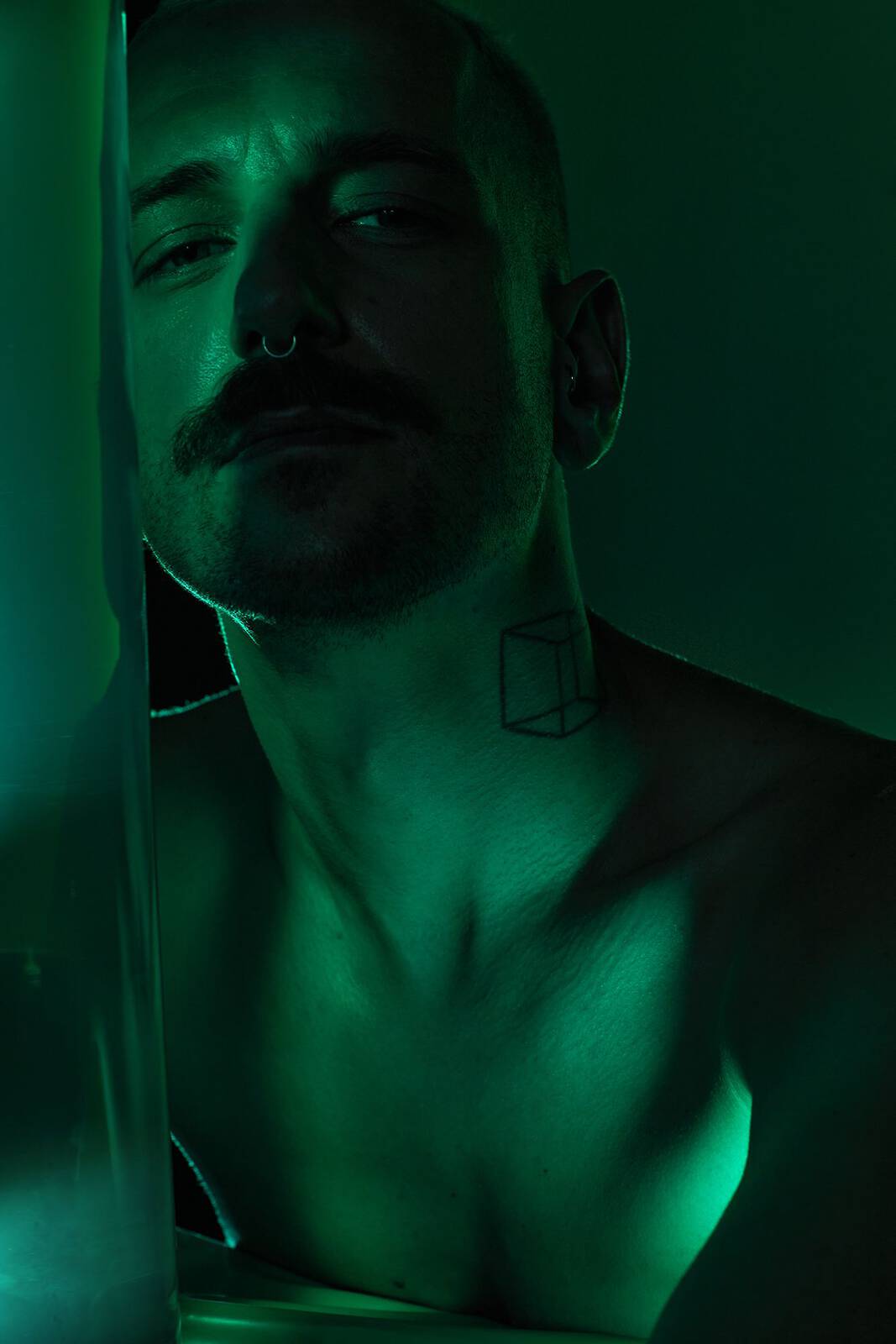 Avtomat is an openly queer composer, producer, DJ and vocalist, graphic designer, typographer and 3D illustrator, proud member of the Oramics and Ciężki Brokat crews, co-creator of Radio Kapitał and Polish ambassador for Keychange. His own music has morphed several times throughout the last 10 years – from purely synthetic timbres and polyphonic singing with Pleśni to a fusion of rhythmically and sonically jagged compositions, and bass-heavy club tracks on his latest EP Gusła (Human Rites). He has performed at festivals, clubs and composed for interactive theatre plays. In the club, his thirteen-year experience of supporting queer, anti-fascist and underground scenes results in a disparate selection of the most forward-thinking sounds.