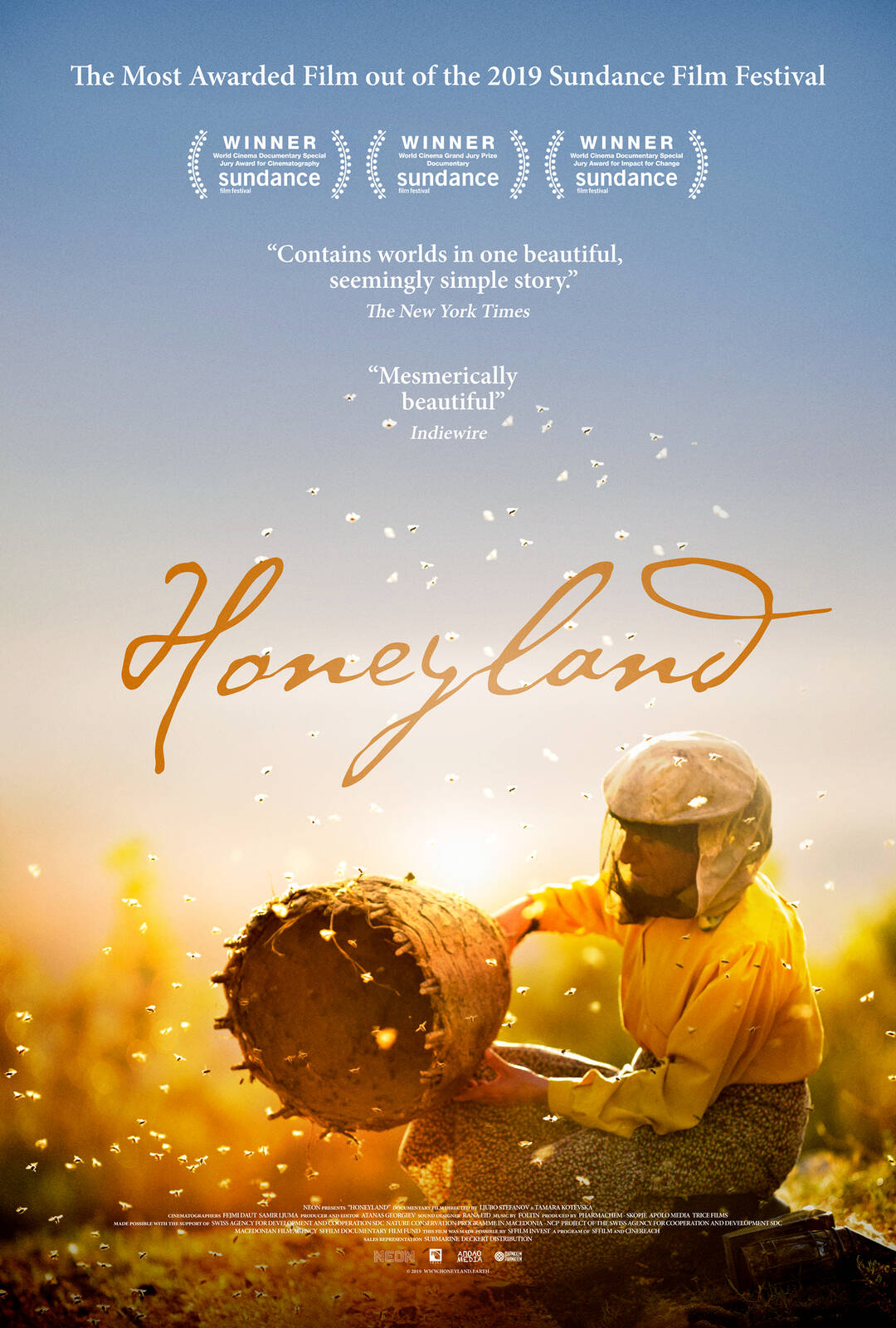 Filmed over three years, Honeyland focuses on the life of one of the last of the nomadic Macedonian beekeepers, and her fragile relationship with her bees and hives. Directed by Macedonian filmmakers Tamara Kotevska and Ljubomir Stefanov, this acclaimed documentary says much about our collective future, exploring tradition and the human relationship with nature.