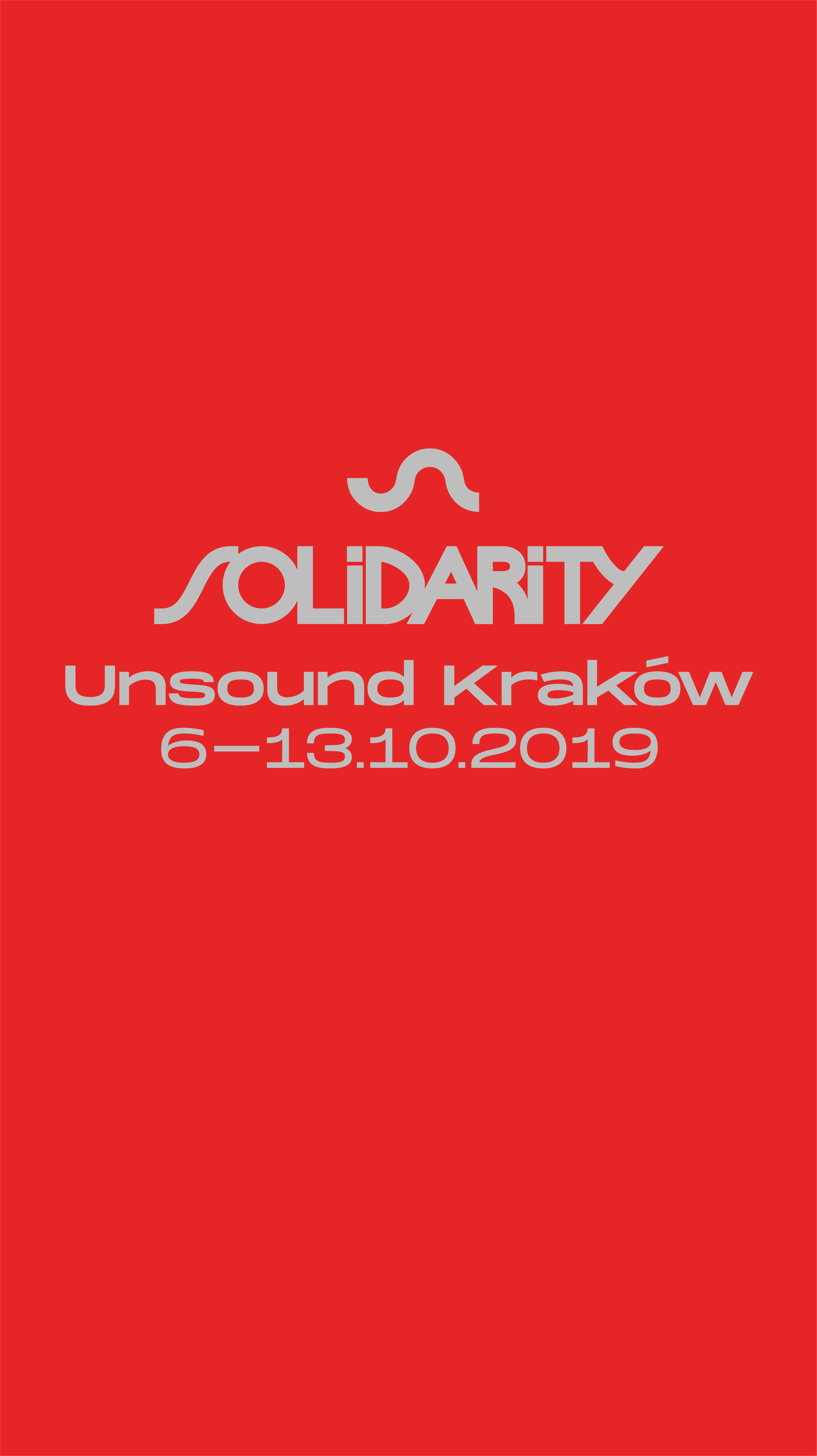 At a time of widespread instability, the word solidarity belongs to no one group. Our theme takes as its starting point the 30th anniversary of democratic elections in Poland, which resulted from protests that spread across Central and Eastern Europe. Thirty years on, the festival will explore what solidarity means today, in the context of the wider world and Unsound.

The theme considers how we might exist at a time when optimism itself can feel like an act of resistance, when history has not ended as Francis Fukuyama predicted, but assails us in a disorienting present through a 24-hour news cycle and the relentless churn of social media. With ecological, economic and democratic systems in crisis, how do we fight isolation and distraction in order to collectively and positively imagine possible futures and shared purpose? How do we look for solidarity beyond borders and passports? What does solidarity mean in relation to ecosystems and the beings that inhabit them?

The theme is embodied in the very idea of what Unsound is - a festival around which a global community has formed, raising questions of how collective experience generates kinship and takes on wider meanings.

Solidarity will explore how music unites, both on a sonic level via its presence in a physical space or online, as well as culturally and politically, through scenes, collectives and movements. Are the platforms fostered by corporations ever really communities — and how are forms of solidarity commodified and rendered impotent? How can notions of empathy and collaboration be reconciled with the myth of the solitary creator? Does the present moment demand colour and light in response to the bleak, unstable reality around us? And what forms might protest music take in 2019?