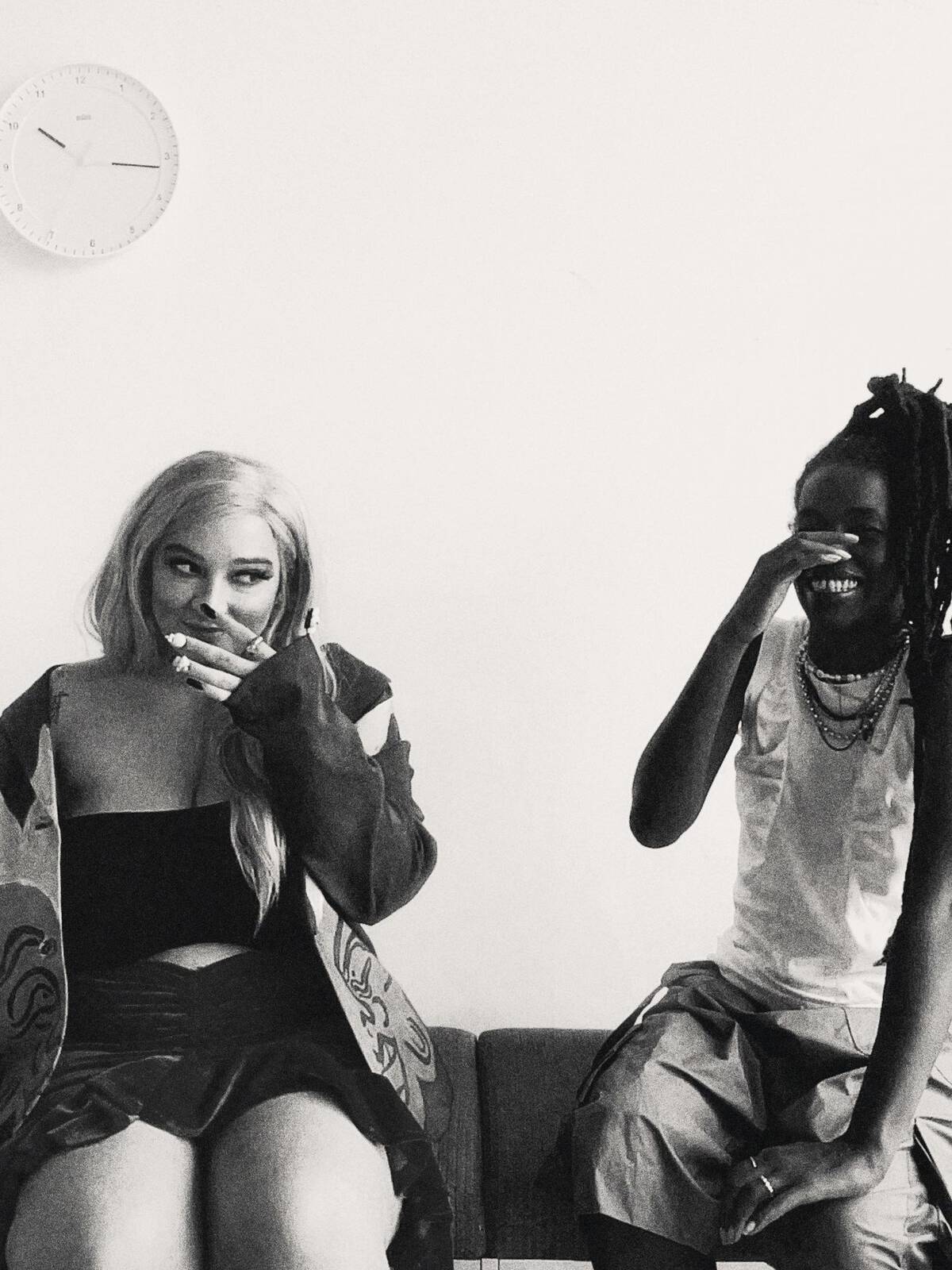 After linking in Philadelphia's buzzing arts scene back in 2014, Moor Mother and DJ Haram set about locating a mid-point between their musical approaches and charged personal activism. Camae Ayawa (aka Moor Mother) had been long searching for a DJ to supplement her notorious live performances, and Zubeyda Muzeyyen (aka DJ Haram) was the ideal choice: the archetypal DJ and MC pairing was set. After a few years workshopping their shared obsessions for rap, power electronics and intercontinental club sounds, 700 Bliss dropped "Spa 700" in 2018 to immediate acclaim. Ayawa's tongue-twisting lyrics were perfectly matched to Muzeyyen's razed and rousing soundscapes; between them, they zeroed in on a sound that raged with Biblical intensity, splitting the difference between Public Enemy and Merzbow. This year the duo followed it up with their debut album, the Hyperdub-released "Nothing to Declare", a throbbing cacophony of diasporic club-rap rituals that Pitchfork accurately described as "a din meant to re-balance the current power dynamics of the world." In a world that struggles to speak truth to power, 700 Bliss channel power into truth.