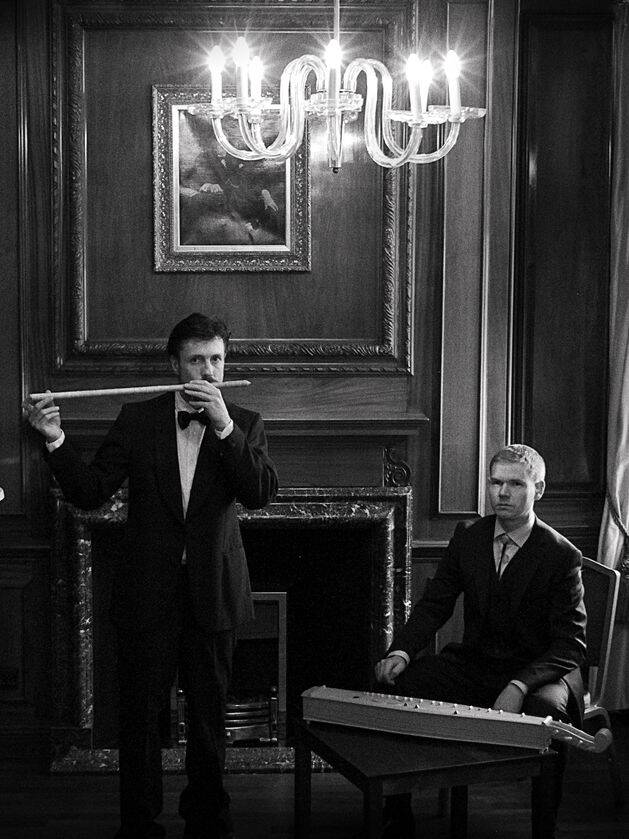 Last year, Naaljos Ljom released their self-titled debut album, a bold reimagining of Norwegian folk music using contemporary electronic methods. If a local folk musician from 1820s had stepped into a time machine and materialized into the present day, listening to this album would certainly have caught their ear: the microtonality and rhythms are broadly similar, but the atmosphere is distinctly modern. The project is a collaboration between old friends Anders Hana and Morton Joh, who are well known for their work as MoHa! and as part of Oslo experimental metal vanguards Ultralyd. And while neither artist is well trained in traditional music, their background in noise and musique concréte provides them with enough ballast to shuttle archaic sounds into the digital age.