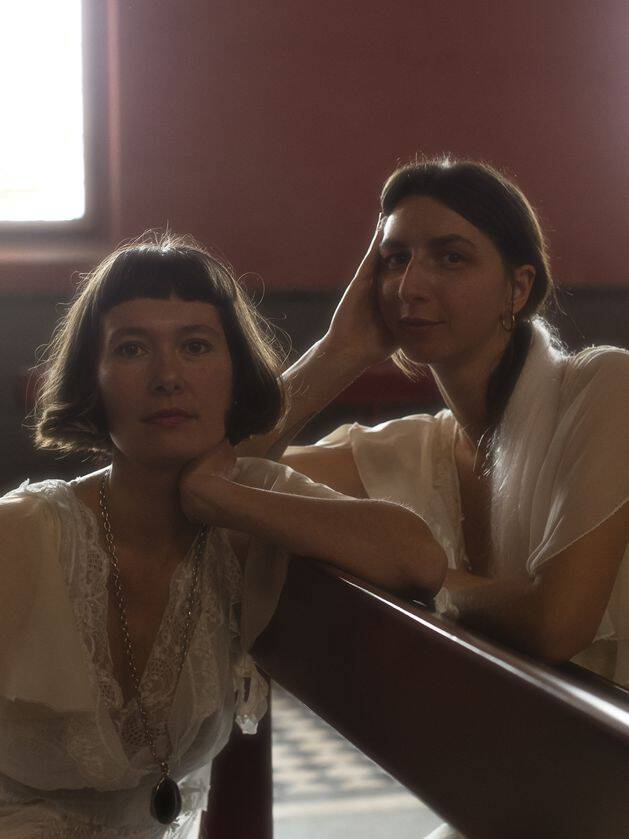 Copenhagen-based sound artist Sofie Birch understands implicitly that art is too vast to be constrained to one medium or another. Since she finished her degree in Sound and Communication in 2015, Birch has been penning scores for films and installations, working with animators and directors to augment her work with the all-important visual element. This has fed into her own solo material, which has unfolded on a series of releases since "Planetes", a mystical set of explorative ambience that appeared on the Siel imprint back in 2019. Last year, she teamed up with Johan Carøe for the STROOM-released "Repair Techniques" album, and this year's "Holotropica" invited acclaim for its intricate meditation on pregnancy.

Initially collaborating with her sister Bogumila Piotrowska on immersive audiovisual project WIDT, experimental vocalist Antonina Nowacka pierced the solo realm with 2020's intimate and surreal "Lamunan". The album was motivated by time spent singing alone in a cave on the island of Java; when Nowacka returned to Poland, she attempted to capture a similar mood in Modlin Fortress, a cave-like structure near Warsaw. Inspired by ancient choral music, Indonesian traditional sounds and modern minimalism, "Lamunan" invited positive comparisons to artists as monumental as Grouper and Meredith Monk. Her next journey was to Oaxaca in Mexico, where Nowacka recorded vocals in a remote church, backed by motorbikes, trucks and local animals. The result was "Vocal Sketches from Oaxaca", a fragile consideration of spirituality and landscape that's bound by Nowacka's ethereal chorals.