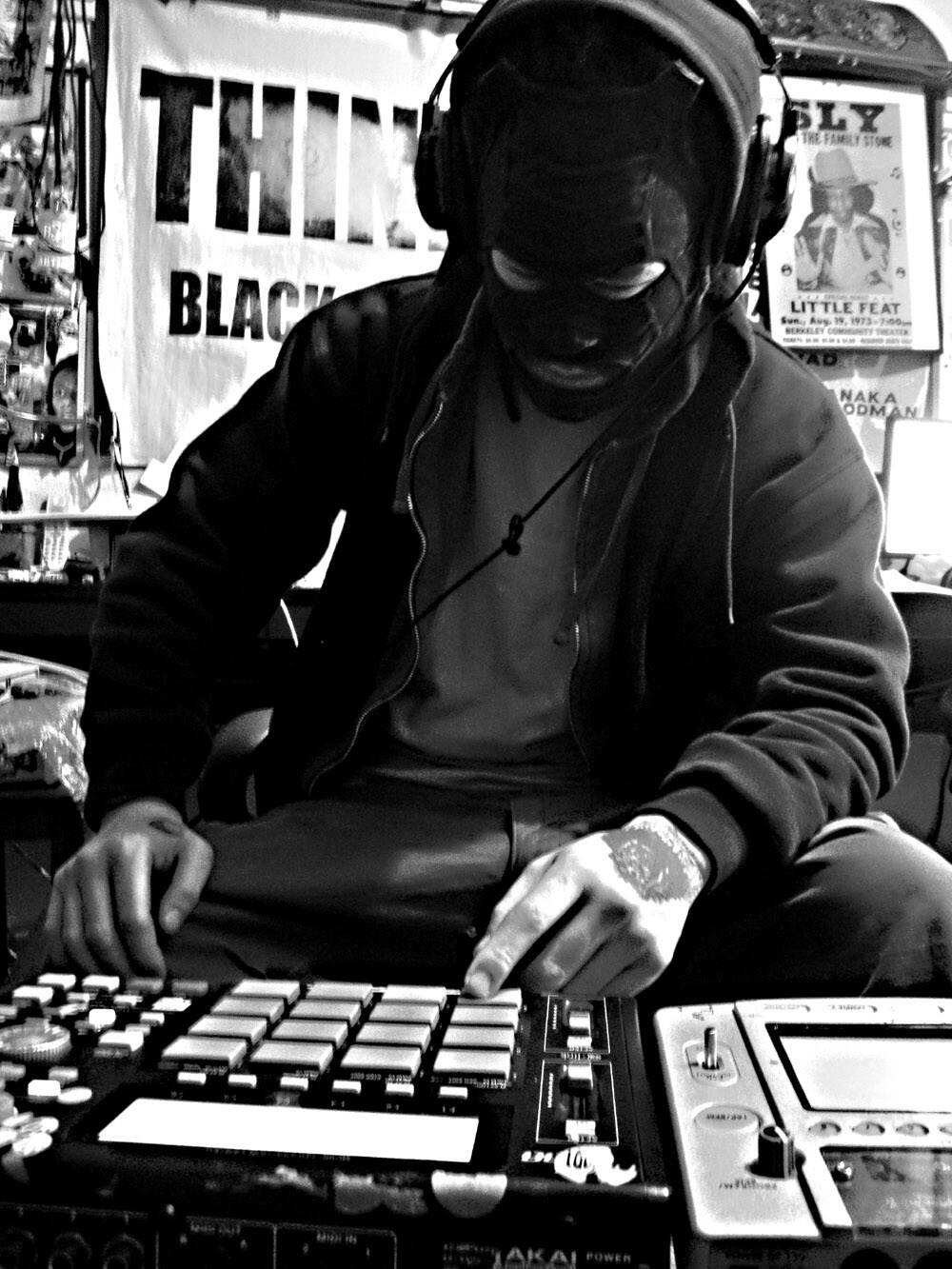 Killer-Bong is a Tokyo native rapper, music producer and performing artist. A mysterious figure who never reveals his face or personal details, but widely known within the underground music scene across the country as the founder of a legendary, now inactive, hip hop group Think Tank, as well as Black Smoker Records, a record label he started around the beginning of his career more than two decades ago. The label has been introducing some of the most unconventional and groundbreaking music (mostly from Japan) through constant output of over 250 titles to date.

His performance incorporates an MPC, a microphone and a Kaoss Pad, and is mostly improvisational if not entirely. He has learned to master these basic tools and the use of his voice over his long, persistent career, and developed to apply to vastlydifferent styles. He actively collaborates with all kinds of performing artists including jazz improvisers and noise artists.