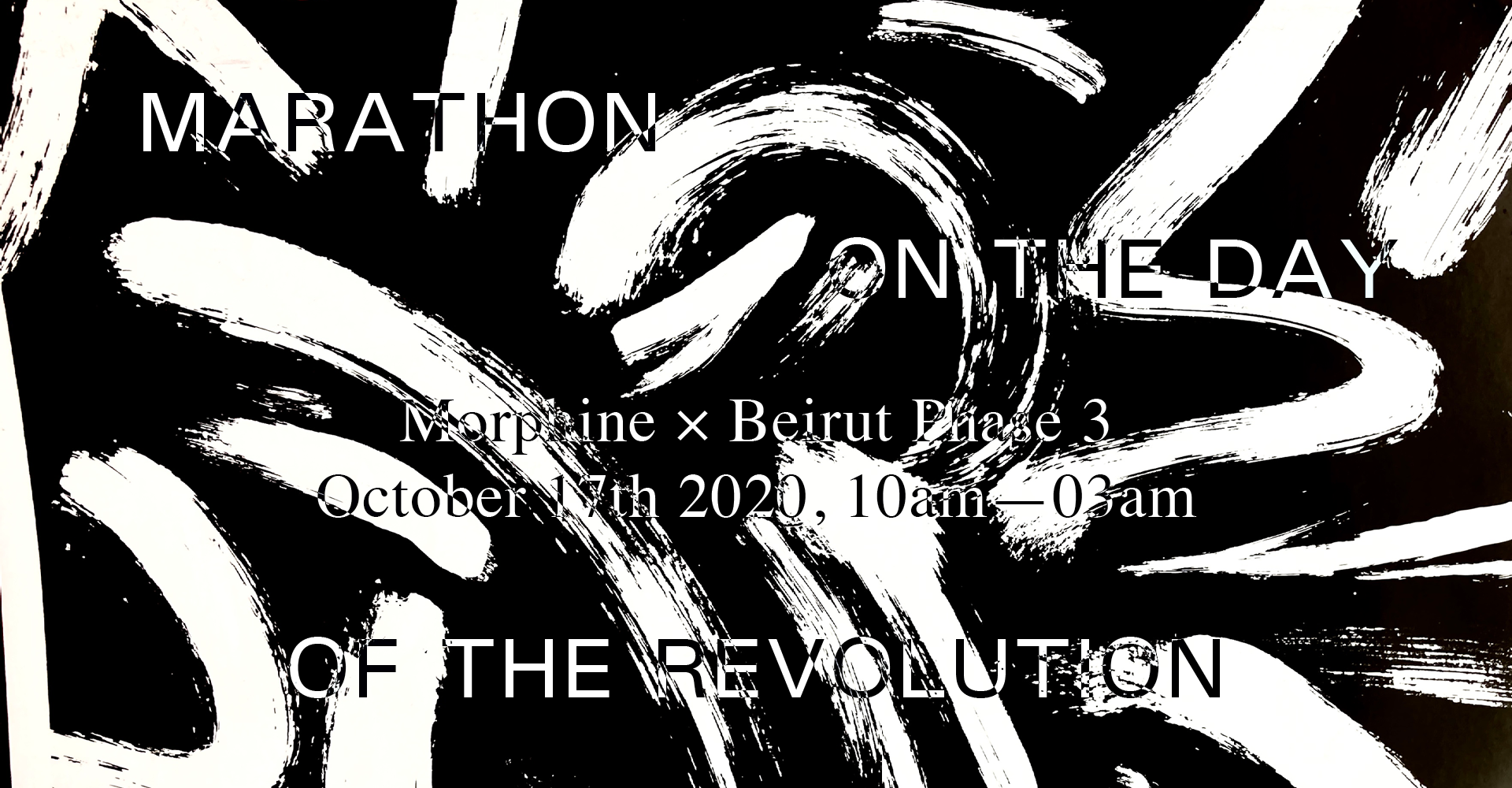 If you’re bitterly disappointed that the Unsound 2020 online festival is over, never fear, we are collaborating on a very special event.

“In addition to sitting on one of the world's most turbulent political fault lines, Lebanon's capital city of Beirut has undergone, in the past year alone, a steady collapse of its economy, waves of revolutionary protests, a deadly criminal blast that devastated entire neighborhoods and, last but not least, renewed spikes in COVID-19 fatalities. This disastrous chain of events has resulted in exposing Lebanon’s deeply-corrupt sectarian ruling elite, a group of ruthless warlords who remain entirely oblivious to the country’s worsening situation, and show no intention of mending the situation or aiding the country’s devastated areas.

One of our main roles as citizens is to defy authority, once the latter displays signs of corruption. Defiance can be expressed in many ways; collective disobedience is one, and another is artistic expression. For this reason, Morphine Records has extended an invitation to Lebanese musicians and DJs to gather and express their anger, by way of an extended musical event taking place in Beirut on the 1st anniversary of the October Revolution of 2019. Recorded in one of the capital’s most illustrious venues, The Ballroom Blitz, the star-studded line-up of Beirut-based musicians is curated by Ruptured Records, Irtijal Festival, the Frequent Defect music collective, and Ballroom Blitz.The concerts are engineered by Fadi Tabbal and his team from renowned local studio, Tunefork.

In a show of support to Lebanon’s music scene, Morphine and CTM Festival in Berlin have also put together an impressive selection of artists – some of which will be streaming live from Morphine’s Studios in Berlin – as well as contributions from Polish artists via Unsound.

The main purpose of the MorphinexBeirut event is to support the Beirut Musicians’ Fund, an initiative set up by Tunefork Studios in order to provide relief to musicians impacted by the deadly blast of August 4th.

Be ready for an extended session of more than 17 hours of music, culture, news, streaming madness, joy and tears, while the Lebanese people hopefully gather in the streets of their capital, to chant and demand the fall of the Corrupt.”