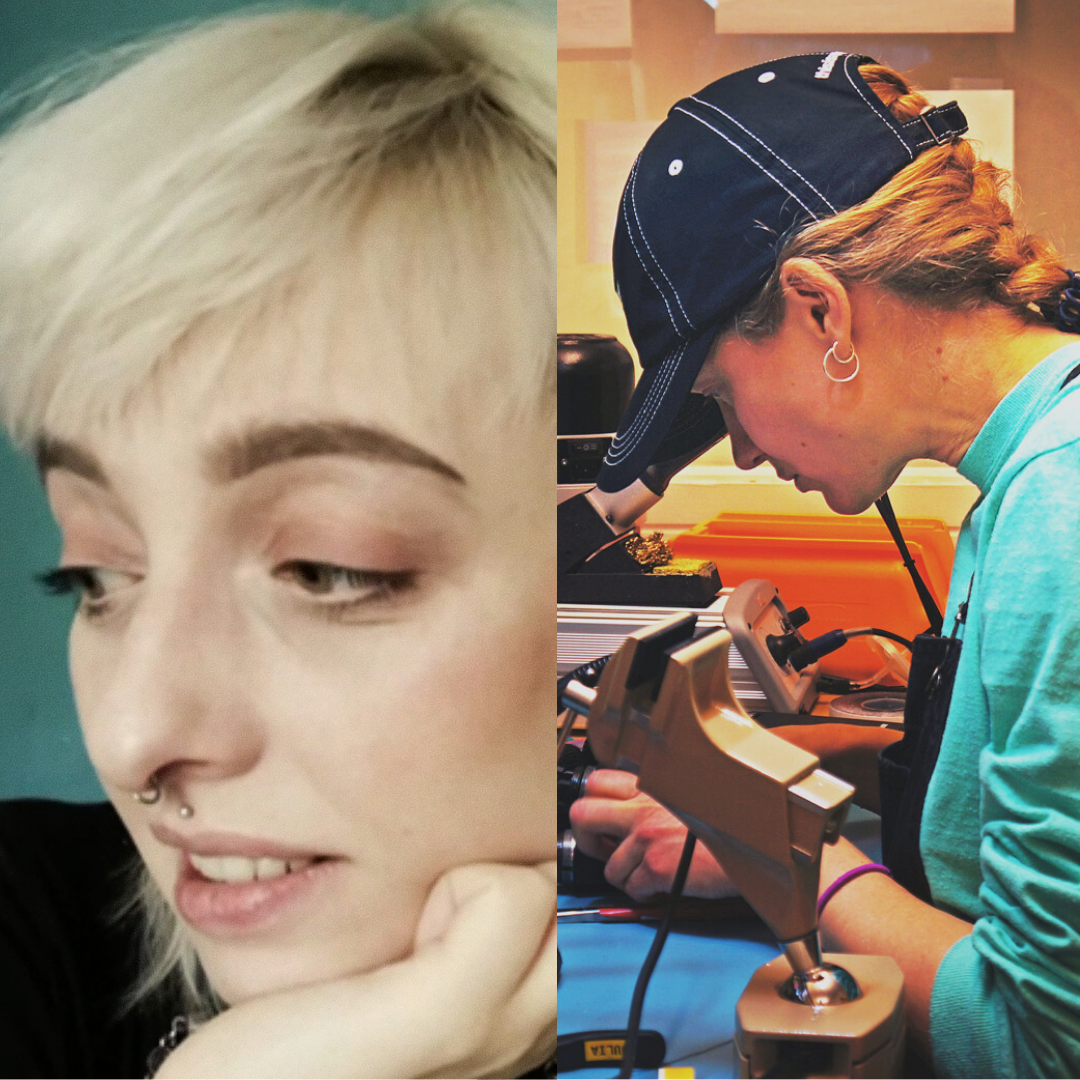 Zosia Hołubowska is a queer non-binary sound artist, musician, and a music activist. In 2014 they founded a queer synth laboratory Sounds Queer?, where they organize, facilitate and run workshops on electronic and synthesizer music. They are also a part of Oramics, a collective dedicated to promoting women, queer and non-binary musicians on the electronic music scene. They perform solo as Mala Herba, exploring sex and body positivity through ritual dark wave performances.

Julia Giertz is a sound artist living and working primarily between Stockholm, Malmö and Copenhagen. Her works are informed by an extensive research into movement, resonance and embodiment. She has a background in choreography as well as engineering, and her artistic practice emerges from this physicality and materiality. She works with the three dimensionality of sound in relation to bodies, structures and electronics, often in the form of immersive audio and multichannel sound composition.

Community of Grieving was originally commissioned for Unsound 2020 as a shared collective listening piece. Described as ‘an audio ritual to collectively submit into intermission’, the piece draws on traditions of vesper and lament and merging formats of sonic meditation, sonic narration, and audio-essay. In an extended Unsound commission, Community of Grieving will now take the form of a live performance involving electronic music, vocals, choreography and set design.

You can hear a section of Community of Grieving on the Unsound Intermission album.