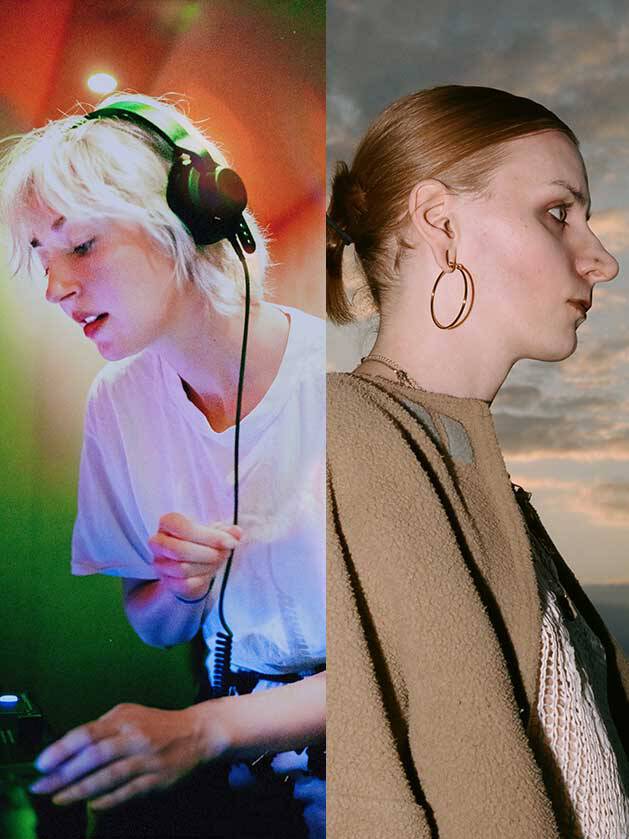 Declaring "im hole" on her Hyperdub-released debut album last year, Yorkshire-raised producer and DJ aya followed years of mischievous 'ardkore-contorting productions with a fully realized sonic treatise on body horror, memory, sexuality and psychedelic dissociation. aya is also an in-demand selector, as notorious for her riotous NTS shows as she is for her in-person DJ sets, where she's as likely to drawl over classic dubstep as she is to drop exclusive home-made edits of your favourite pop 'n experimental hits.

Berlin-based DJ and producer CCL cut their teeth organizing and uplifting the Seattle community as part of the TUF collective. With on eye on the US Midwestern dance history and the other on UK soundsystem culture, they fluidly weave between wobbly bangers, skittered uptempo psychedelia and glittering, dubwise euphoria. As a producer, CLL has dropped tracks on Allergy Season, Planet Euphorique and Mor Elian's Fever AM, folding their broad range of influences into lithe wigglers that seize and elevate the dancefloor's gooiest moments.