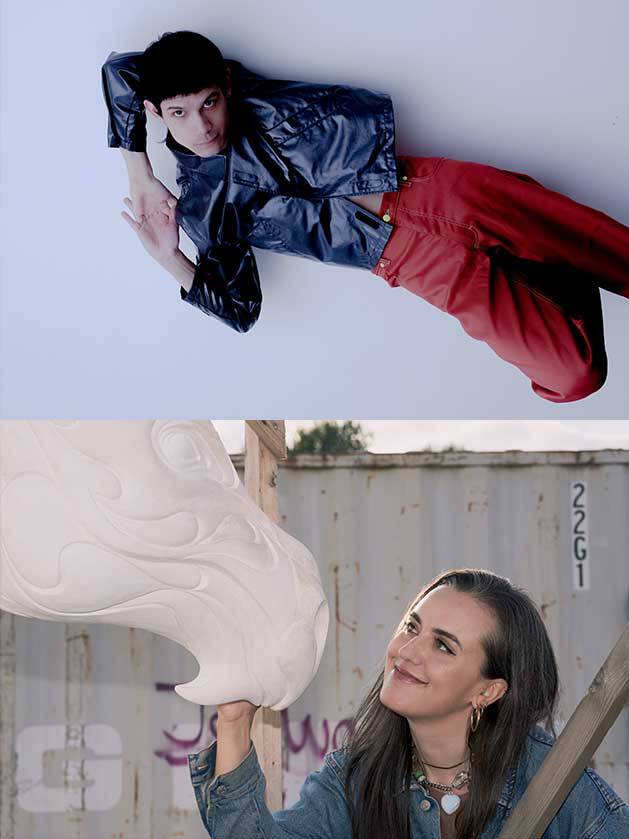 Based in Berlin for over a decade, TJ Hertz (aka Objekt), is one of the city's best-known DJs and producers. In 2018 he was selected as Mixmag's DJ of the year, and he's a permanent fixture in Berlin's club landscape, regularly appearing on flashy festival lineups across the world. He manages to strike a balance that few DJs can handle, using the technological architecture of the CDJs to help him fit together genres and sounds that might otherwise be impossible to mix. This musical alchemy is also omnipresent in his own productions, on his acclaimed experimentally-minded albums for Berlin's PAN label and the more dancefloor focused series of numbered 12"s.

It shouldn't be a surprise that Monster prioritizes euphoric, fun sounds like early trance, acid house and sensual R&B. She got her start in the late '00s at Rozbrat, an anarchist squat and social center in Poznań, Poland where she ran the influential Squat The Electricity nights. This is where she realized the potential of music to inspire activism, a thread she follows in her work as a member of Oramics, a platform that supports women, non-binary and queer people in electronic music. With well-regarded mixes for Resident Advisor and Violet's Naive label already in the bag, Monster is ready to go beast mode.