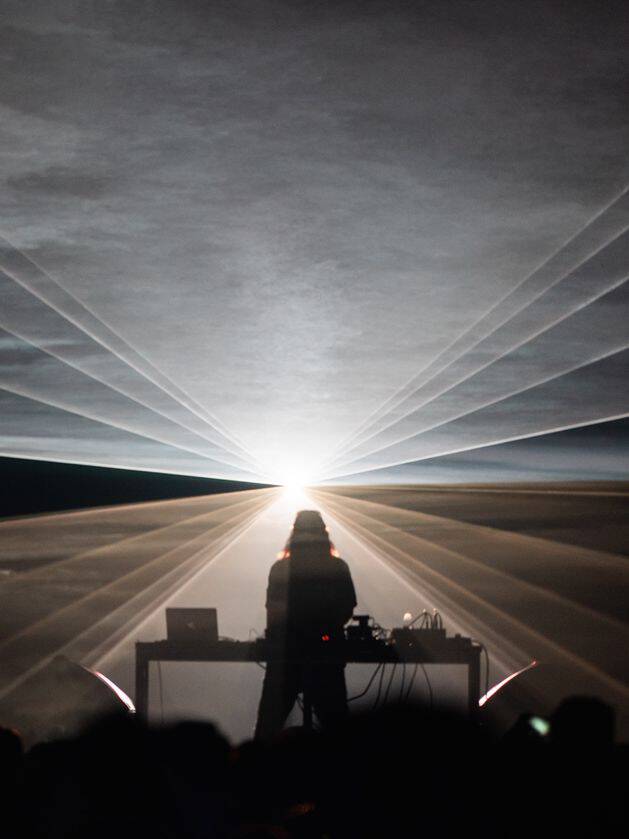 Inspired by Polish A/V innovator Stanislaus Ostoja-Kotkowski, Robin Fox's latest work is described as an "audio visual space-time carving" that uses laser projectors to transform a venue's unique architecture into a completely new environment. Fox has released acclaimed albums on Editions Mego and Room40, and collaborated with musicians like Anthony Pateras and Oren Ambarchi, but he's best known for his lavish laser works that challenge the pre-conceived notions of what an A/V show might look like. Working mostly in isolation in Australia, Fox developed his idiosyncratic artistic language believing he was probing areas not yet explored, so was surprised to learn that Ostoja-Kotkowski had made many similar discoveries throughout the 20th century.

An early adopter of laser technology, the artist wanted to investigate what he saw as an apparent interconnectedness between light and sound. Ostoja-Kotkowski built instruments and installations to express his idea about "chromasonics" (what we might now describe as A/V art), and produced films that are still exhibited in his adopted home of Australia. With "Triptych", Fox picks up where Ostoja-Kotkowski leaves off - he was given the opportunity to research the artist's life and work in 2021, and used it to create a work that he assures us can never be packaged up and released: "it needs to be experienced."