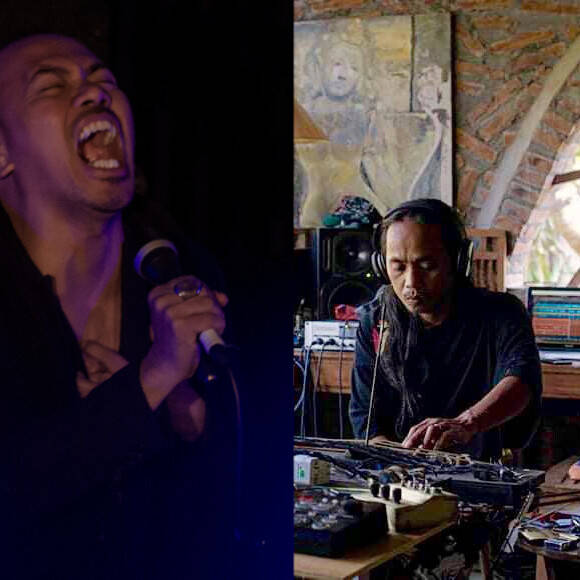 Rully Shabara was born in Palu, Central Sulawesi, Indonesia in May, 1982. He is interested in exploring the human voice as a medium of creation and oral traditions. In the duo Senyawa he explores vocal range and textures, while he develops conceptual music in the band Zoo. He has delivered workshops around the globe that focus on using the human voice as a rich resource to explore primal expression and improvisation, and has collaborated with many notable international musicians and artists such as Keiji Haino, Stephen O`Malley, Otomo Yoshihide, Rabih Beaini, Damo Suzuki, Bob Ostertag, Yoshida Tatsuya, Trevor Dunn, Arrington DeDionyso, Justin Vernon, Jon Sass, DJ Sniff, Daisuke Fuwa and Greg Fox.